My European Tour: A Travelogue

I’m sure you’ve noticed I haven’t posted much this month. Most of that is due to being out of the country for ten days. In fact, I returned this past Thursday. Accompanied by two other men from my church, I traveled to L’viv, Ukraine, to lead a conference for local church leaders. It was the first time for me to go overseas and I enjoyed it immensely. I hope to blog about things I’ve learned but for this post, I simply want to sketch out where we went and what we did. 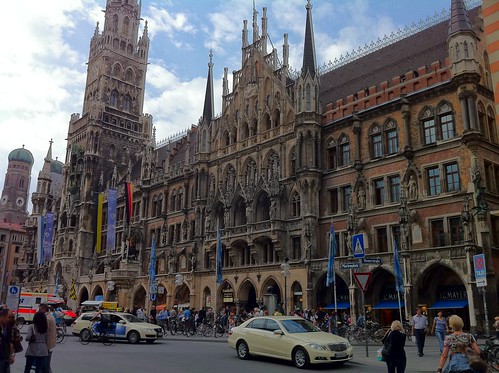 For starters, our initial flight was essentially cancelled. Chris, a lay leader from our church who also happened to be our trip guide and Ukraine veteran, worked it out where we could fly from Houston to London to Munich where we would spend the night and travel to L’viv the next day. Munich was absolutely stunning. Nicest airport I’ve ever seen – clean, efficient, pretty. Shortly after arriving we darted downtown to take in the sights. Even though our new schedule called for us to arrive in L’viv a day later than originally planned, our brief stay in Munich was worth it. 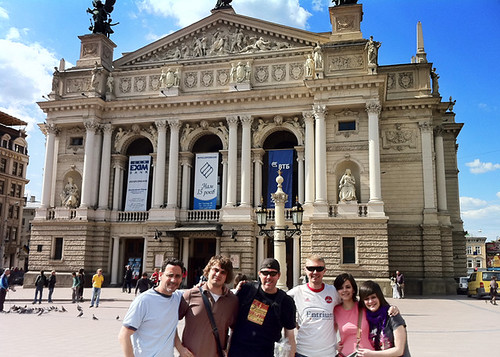 L’viv is a very old city in a very young country (Ukraine gained its independence only twenty years ago with the collapse of the Soviet Union). The people are gracious, approachable and carry with them a rich history. The church has her challenges. Less than 2% of Ukraine is evangelical. And for those evangelical churches there are mountains to climb: certain traditions which inhibit gospel growth, pervading assumptions about church-in-culture and a general lack of theological and pastoral training for far too many leaders. I can only hope that our time there moved the ball down the field in helping the Ukrainian church make disciples. 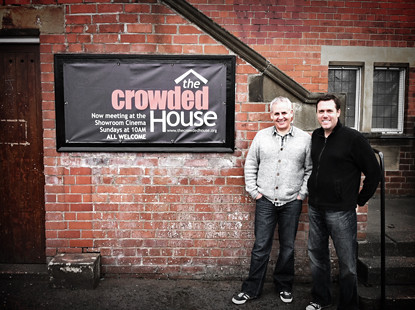 After Ukraine we traveled to England to spend time with Steve Timmis, pastor, author and Director of Acts 29 Western Europe. Steve’s book Total Church was one of my favorite reads last year. His approach to making disciples is biblical, balanced and thought-provoking. He is also a brilliant thinker, keen theologian and genuine follower of Christ. I’ve had the opportunity to spend time with Steve while he was in the States but it was even more special to visit him in his backyard…literally. Steve and his wife Janet opened their home in Sheffield to us as we spent the day with him talking about making disciples, gospel ministry and the benefits of listening to really good hip-hop. It was a time of great food, laughter and fellowship with our beloved brother from England.

All that and more. This post was simply to let you know where I’ve been. Hopefully future posts will share what I’ve learned.

7 responses to My European Tour: A Travelogue