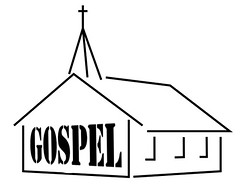 The term ‘gospel-centered’ is quite the buzzword in some circles. Admittedly, it is in my tradition. And I’m more than thankful for it. However, not everyone has that same reaction. Indeed,  some well-meaning pastors  question the use of the term believing it de-personalizes Jesus from the marrow and mission of the church. While I believe that absolutely should be a fight worth engaging in, I don’t believe it applies to those who employ ‘gospel-centered’ terminology.

The reason leadership likely chooses to speak of itself as a ‘gospel-centered’ church rather than a ‘Jesus-centered’ church isn’t because that specific church doesn’t want Christ at its center. It’s because every other church already believes that to be true of themselves. I would argue any church which labels itself ‘Christian’ probably thinks Jesus is already central to who they are what they do.

Yet there are countless congregations which have abandoned the sufficiency of Scripture, or deny the uniqueness of Christ, or rejected salvation by faith alone and still claim to be ‘Jesus-centered.” For example, a church that teaches salvation is based on some kind of self-merit but works incredibly hard to help the poor, clothe the naked and visit the imprisoned would gladly profess they are a ‘Christ-centered’ congregation. We’re doing exactly what Jesus said to do! So it appears that ‘Jesus-centered’ terminology isn’t as helpful as one might think.

I would argue that referring to your church as a ‘gospel-centered’ is saying that you are a ‘Jesus-centered’ congregation but using a term that indicates to everyone which Jesus you are following. You aren’t following the Jesus who’s sole mission was to make us more moral (‘Talk Show Host Jesus’), or educate us on helping others (‘Social Worker Jesus’), or just showing us how to be successful in life (‘Life Coach Jesus’). You follow ‘Gospel Jesus’ – the One who has done for us what we cannot do for ourselves. It’s the Jesus who lived the life I should have lived, died the death I should have died and rose from the grave so I could be reconciled to God and enter his Kingdom. It’s the Jesus of penal substitutionary atonement, the Jesus that eviscerates moralism and self-righteousness, the Jesus that calls us to help the less fortunate not because it merits grace but because we’ve already received grace. That’s the wake the Jesus of the Gospel leaves.

Criticizing ‘gospel-centered’ churches for missing the centrality of Jesus is like overhearing the Apostle Paul tell the Corinthians, “For I decided to know nothing among you except Jesus Christ and him crucified. (1 Cor. 2:2),” and accusing him of being resurrection-averse. The point is to make central what should be central when it comes to who Jesus is and what he has done. At least that’s the hope behind using the term ‘gospel-centered.” Maybe time will cause it to one day be unhelpful as well. For now, at least, I believe it’s a good thing.

So, next time you hear the words ‘gospel-centered,’ please understand those who use the term don’t mean to put Jesus on the church’s fringes; quite the contrary, they want to put him, and his atoning work, right fat in the middle of it all!

2 responses to Why Say ‘Gospel-Centered’?