While I read fewer books this year, some of it’s due to reading works that ran into the deep hundreds as well as thousands of pages (as well as life circumstances). Also, I realize these books weren’t published in 2022, but this list is for the books I read in that year, not of that year.

Best Christian Life/Ministry/Theology Book – Surprised By Hope by N.T. (Tom) Wright. I’m a big Wright fan. I think he is one of the few world-class scholars who speaks and writes with such a powerful combination of winsomeness, intelligence, and passion. This doesn’t make him free from error. I have my disagreements with him, but when he’s on (and that’s the vast majority of time), there’s no one as good as Tom Wright. His book Simply Christian is one of, if not my favorite work explaining the basics of Christianity to modern readers à la C.S. Lewis. Wright’s next contribution, Surprised by Hope, does for end times (eschatology) what Simply Christian did for basics of the faith. And once again, Wright hits it out of the park. Surprised by Hope is a book that answers questions about the biblical perspective on last things: Where do we go when we die? Where is Heaven? How does the resurrection impact our resurrection? What are the new heavens and earth about? How do these truths impact the church’s mission? Wright, as only he can, clears up misunderstandings that pervade today’s church (especially in America) with incredible discernment and clarity. In my opinion, with my deep dive into Revelation last year and the scholarship of G.K. Beale and others in my periphery, there won’t be many better books on the subject at a popular level than the one N.T. Wright has penned. Surprised by Hope’s teaching on the future will make a difference in your present. It’s easily a book anyone who has questions about eschatology should read…and reread.

Best Fiction (Classic) – War and Peace by Leo Tolstoy. As noted in the past, I’ve made classics a part of my reading calendar because I feel like I’m old (and experienced in life) enough to appreciate their greatness. The tome by Tolstoy about five families and their experiences of the Napoleonic invasion of Russia in 1812 is just that: greatness. Originally written with the title 1805 and published in a periodical series, Tolstoy heavily rewrote the initial draft, changing many things over time, including the ending. The newish work was re-titled War and Peace and, with readers of his 1805 serialized publication waiting for the stand alone novel, it immediately sold out in Russia. Many Russian writers of Tolstoy’s day hailed War and Peace as the masterpiece of Russian literature. Today’s readers would think of this as historical fiction, but it’s much more than that. War and Peace plumbs the vast depths of war, spirituality, and purpose. With thought-provoking lines like, “Pierre’s insanity consisted in not waiting, as he used to do, to discover personal attributes which he termed ‘good qualities’ in people before loving them; his heart was now overflowing with love, and by loving people without cause he discovered indubitable causes for loving them,” the reader is in for a tale that will be more meaningful than expected. More than war and peace on the battlefield, this is about war and peace in the soul. Tolstoy’s substantive and weighty work reminded me why Russian classics have the reputation they carry, and why I’m already planning on starting next year with another one. Doesteovsky on deck… 1

Best Fiction (Modern) – Jayber Crow by Wendell Berry. This book has been on my long-range TBR list for awhile. It’s an homage to the slow-paced agrarian life found in pastoral, small town America by contrasting that life with the modern-day industrial and commercial which, in Berry’s perspective, feels akin to Goliath conquering David. The bad over the good. The darkness over the light. Through his protagonist Jayber Crow, Berry muses on simple joys, rich community, relational interconnectedness, and the grief of losing them all as each of us come to end of our days. Crow is a man who returns to his hometown of Port William, Kentucky, to become the town’s barber. As Jayber himself says, “This is a book about Heaven, but I must say too that…I have wondered sometimes if it would not finally turn out to be a book about Hell.” Jayber Crow is melancholic but in the best sense, and it savors the goodness of things while we still have them. Early in the novel, Jayber is a ministerial student who meets with a crusty professor of New Testament Greek named “Old Grit” to ask him about theological questions that haunt him. The curmudgeonly but wise professor says, “You have been given questions to which you cannot be given answers. You will have to live them out—perhaps a little at a time.” Jayber asks, “And how long is that going to take?” “I don’t know. As long as you live, perhaps,” replied Old Grit. Jayber continued, “That could be a long time.” To which the professor answered, “I will tell you a further mystery, It may take longer.” Longer indeed. Jayber Crow is a splendid elegy to rural America. Berry is a master of capturing the beauty of living in God’s good creation and how best we function as image bearers when “tending the garden” as well as attempting to find answers to the questions we all ask while living in this creation.

Best Non-Fiction – El Llano Estacado: Exploration and Imagination on the High Plains of Texas and New Mexico, 1536-1860 by John Miller Morris. To be fair, this is the only non-fiction I’ve read this year. Therefore, this is my best non-fiction book by default. Yet, with that said, I’ve really enjoyed it. I must confess I’m biased. I grew up on the Llano Estacado or “staked plains” of West Texas. Where people from Dallas, Austin, Houston, or San Antonio only see a windy, treeless plain with a tumbleweed or two passing by, the Comanche, Spanish, Mexicans, and saw (and West Texans see) and place of bewildering horizons, skies imperially vast and impeccably clear you feel you could touch them, and arroyos and canyons full of color, depth, and mystery. This is the picture the late John Miller Morris, former Professor in the Department of Political Science & Geography at the University of Texas at San Antonio, exquisitely paints in El Llano Estacado. He writes with the pen of a novelist, bringing life to the South Plains, starting with indigenous natives and moving through Spanish conquistadors to modern-day Texas. I’m a firm believer in that knowing your history helps to understand who you are in the present. As a native of Plainview, Texas, to see all the ancient peoples and events that were in my area – as well as Quitaque, Tulia, Floydada, Running Water Draw, Ransom Canyon, Palo Duro, etc. – transforms those locations from just being spots on a map you drive past on the way to somewhere else, to historic centers of gravity. It must be said that Morris, a geologist by trade, spends arguably too much time on rock formations, river patterns, and other geologic matters for laypersons, but that is the main thrust of the book. What’s amazing is that such a book is so thoroughly readable and enjoyable by those outside the field. All Texans would be proud of this book. West Texans even more so! 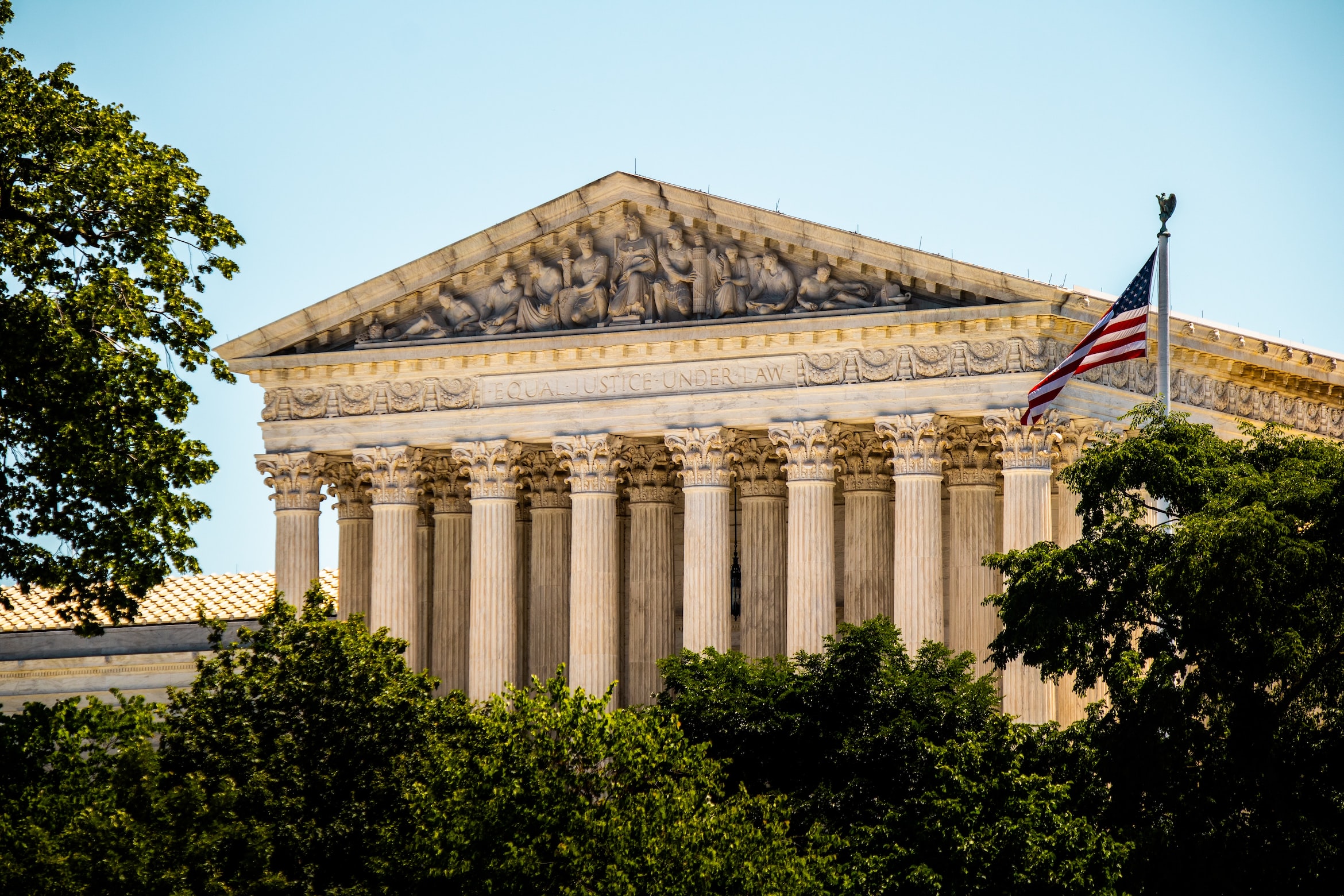 It’s The End of the World…

It’s the end of the world as we know it. And I feel fine. Those words famously crooned by Michael Stipe in R.E.M.’s eponymous 1987

Why (and How) We Use An Advent Wreath

Advent is the traditional church season that celebrates Jesus’ first arrival (or advent) at Christmas. It begins the fourth Sunday from Christmas Day and works When a true genius appears in the world, you may know him by this sign, that the dunces are all in confederacy against him. –