Another Kind of Ear Tickling 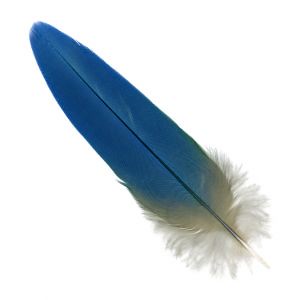 This week I had a wonderful lunch with a local pastor. Sharp guy. Good church. I believe under his steady leadership, the future will be bright for him and his congregation. During our conversation he briefly mentioned that unfortunately, some in his congregation didn’t care for my church because they believed we were “ear ticklers.” It’s a phrase taken from 2 Timothy 4:3 (NASB), “For the time will come when they will not endure sound doctrine; but wanting to have their ears tickled, they will accumulate for themselves teachers in accordance to their own desires…” It’s a passage people reference when they want to rebuke the preaching in a church, and to be more exact, the preachers who do the preaching. “Ear ticklers” are pastors who just say things people want to hear. They are liked not because they are faithful expositors of the Word but because they are sellouts who water down truths and sidestep issues.

Unfortunately, if you’re a megachurch like we are, it’s an easy charge to make. And even though most who level it have likely never heard one sermon from our pulpit, it apparently makes them feel good to slander us. And yes, it is slander (e.g., Mt. 15:19, 2 Cor. 12:20, Col. 3:8).

But it also got me to thinking about “ear ticklers.” Let me give you another way pastors become ear ticklers in their preaching:

“Ear tickling” is very much alive today not only because there are preachers who say things their people want to hear, but because pastors say things they want to hear. Sometimes the man who gets behind the pulpit on Sunday aims to please himself. He preaches to tickle his own ears, satisfy his own sinful passions, sate his pride’s thirst; and those men are found in churches big and small, young and old.

I know they are found in my church because I’ve been guilty of this kind of ear tickling. I found myself saying things I simply wanted to hear, never mind if it helped the person in the pew. Thankfully, it’s something I repented of long ago. That doesn’t mean I never fail, but it does mean I’m more aware if it does happen.

It also helps us see that just because what you say in the pulpit might be doctrinally sound and biblically accurate, there may still be the tickling of ears…yours.

5 responses to Another Kind of Ear Tickling