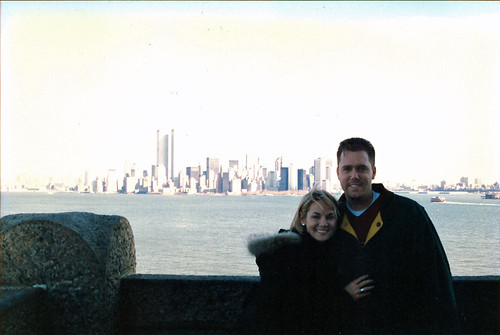 Jennefer and I, ten months before the Towers fell.

Today marks ten years since 19 terrorists infamously attacked Americans on American soil – Pennsylvania, Washington, and New York to be exact. It changed both the nation and the world. 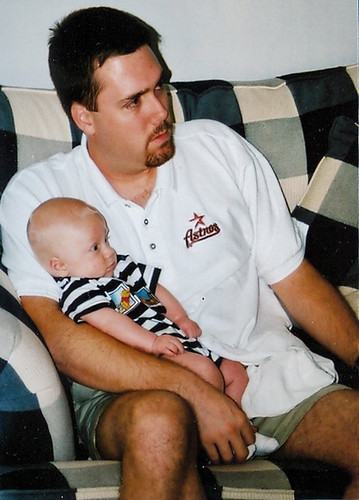 One of my wife’s friends called Jennefer and told her something horrible was happening. She then hurriedly woke me up. I rushed downstairs with our baby boy in my arms, turned on the television and heard Peter Jennings’ voice. It was only moments later I witnessed United Airlines Flight 175 strike the South Tower at 9:03 AM. There were no words. All I could do was just watch. Within the hour, the towers, and the world as we knew it, came crashing down.

My middle brother Jodey, then Special Assistant to the President of the United States, was in Washington during the time of the attacks. Not knowing if he was in the White House or not, I remember calling to see if he was okay. With no immediate answer, my mind began to race. What was going on? What would be next? When would we respond? Needless to say, it was a crazy time for everyone. One I will never forget.

With a decade behind us, I still feel deeply about 9/11. I can hardly bear to watch the images (be they still or moving) of the planes screaming through the towers. The carnage, the tears, the horror – it remains a tender wound. But I’m glad, that instead of hopelessness or despair, my eye has found glory for a brighter day. Not because I have faith in the government or even mankind (both can remain inspiring but still deeply broken), but because of the One who has suffered for me so that I might, one day, live without any semblance of suffering…at all.

And I heard a loud voice from the throne saying, “Behold, the dwelling place of God is with man. He will dwell with them, and they will be his people, and God himself will be with them as their God. He will wipe away every tear from their eyes, and death shall be no more,neither shall there be mourning, nor crying, nor pain anymore, for the former things have passed away. And he who was seated on the throne said, “Behold, I am making all things new.”
– Revelation 21:3-5 (ESV)