The Temptation of Talent 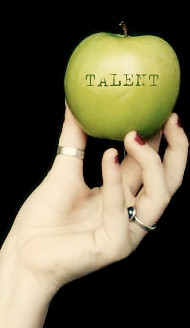 Everyone wants talented men and women on the teams they lead. I know I do. Frankly, I want more than merely talented individuals, I want über-gifted, mediocrity-defying, shake-my-head-at-their-ability kind of folk working alongside me. I want a team of people who so often leave me in awe of their skill sets that I cannot help but gladly get on my knees in gratitude to God for them all.  Make no mistake; I want a team of talented individuals.

But that’s not all I want.

Unfortunately, I think there are many church leaders who feel such great pressure of “making it all happen” each weekend that they may tend to overlook the character question when the talent question is answered so clearly every Sunday. This goes for churches both big and small, old and young. Talent brings with it a temptation – a temptation to gloss over if not turn a blind eye to a lack of character. The real question is will we, as those who lead leaders, have the character to make character as central as Scripture does?

It is no small statement about leadership that the Scripture shows the qualifications of elders (e.g., 1 Tim. 3) to be driven primarily by character, not talent. But the temptation of talent is strong…

This is to fail in leading leaders. It is to forget that leading has just as much to do with modeling as it does with execution (cf., 1 Cor. 11:1). It communicates the wrong idea that God cares more for what we do than who we are. We must fight this unbiblical trajectory and resist the temptation of talent. Let me suggest some ways to do just that: