When You Lay an Egg in the Pulpit 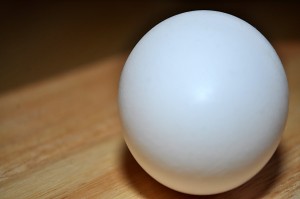 Every preacher knows what it’s like to leave the pulpit wanting to find a dark recess of his office, curl into the fetal position, and cry himself to sleep after giving what he believes should hardly be considered a sermon. I know I have. While I’ve preached for almost twenty years, regularly get asked to speak at churches in addition to my own,  and continue to train others on preaching, I can remember recently where literally seconds after finishing my sermon I told myself, “I’ve got to do something else in life because I am horrible at this!” Whenever you have those Sundays where you feel like you’ve laid an egg in the pulpit, here are some truths to ponder:

Preaching is hard enough, don’t let your emotional perspective make it any worse. Accept the fact you will probably preach messages that depress you in the preaching of them. Welcome to the club. Imperfect preachers imperfectly preaching – sounds exactly like the kind of stuff a perfect God uses for his glory.

And I was with you in weakness and in fear and much trembling,and my speech and my message were not in plausible words of wisdom, but in demonstration of the Spirit and of power, so that your faith might not rest in the wisdom of men but in the power of God.
– 1 Corinthians 2:3-5