Tag Teaming for Tap Out 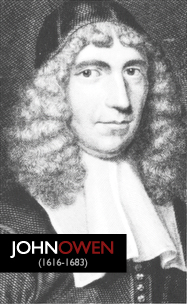 There is not a series I teach where I don’t feel some need to listen and apply what is taught. People will come up to me and say, “Yancey, you must’ve given that message for me.” Often the case is that I’m preaching to myself. Rarely, if ever, do I feel I’m teaching on a topic that I’ve mastered. No more is that the truth than my upcoming series entitled “Tap Out” whereby I’m teaching how Followers of Jesus can fight their sin with some measure of victory.  Once again, I will preach just as much to myself as to everyone else.

Thankfully, I’m going to lean on the biblical insights of a 350 year old pastor, John Owen. I was inspired to teach this series after re-reading through some of my highlights in Owen’s Of the Mortification of Sin in Believers. Owen, a 17th Century Puritan pastor in England, wrote a series of messages dealing with mortification (a great Puritan term for fighting – killing – sin) for teenagers. I doubt many teeneagers today, including their parents, would sit down and read Owen’s work. It is loquatious in style, archaic in terminology and short on syrupy, shallow fodder that fills up many modern day Christian books. It’s no small read but there are fewer books I know of that so clearly and biblically define the Christian’s response to sin.

I’m grateful to Owen both personally and pastorally. Regrettably, I still have sins that tempt me more than I’d like and leave me in defeat more than victory. I know I’m not alone but it still feels comforting to be able to turn to one of the saints of the Church Historical and be tutored once again on what the Bible says about fighting sin.