Thoughts on Ministry and Politics

When I began my college career at Baylor University I did so majoring in political science. Though a pre-med/pre-dental student, an academic advisor counseled me to pick a major that interested me. Politics did the trick. In high school I had been president of the junior element of a local political party and in my first semester, joined the college version of the same. There were many different aspects of politics that interested me, not least of which was making a difference for my country. My younger brother Jodey felt similarly. Though he went a step further. While sharing a high school class on government with him, he communicated to me that he believed God had put a dream in his heart to actually pursue politics. I was energized by political thinking. Jodey was compelled by it. Thus, it didn’t surprise me when, after a career spent serving a U.S. President, Chairman of the FDIC, and Chancellor of his alma mater, Texas Tech, he finally felt it was time to serve his fellow man by running for public office.

In returning this weekend from Jodey’s swearing-in as a U.S. Congressman, there have been quite a few photos, articles, and videos about the event. (Heck, I posted many myself on my Instagram account) It’s been fun seeing friends and family who made the trip on C-SPAN, CNN, and local news back in West Texas. One story that got me thinking was entitled “Two Oaths: Rep. Arrington Emphasized Power of Prayer and Politics” with the subtitle: Arrington turns to Family and Faith for Guidance. It was a piece about how my brother’s faith is integrated into his politics. Included in the article are a photo of me praying for Jodey at a dedication service amongst some trusted friends (inset pic) in addition to a video of me praying at his swearing-in viewing party.

No biggie, right? I mean the lead photo the station used was mine. My youngest brother sent it to the reporter after seeing the initial story online. But knowing those images were being seen by people who don’t know me or what I believe today about politics made me a tad uneasy.

My first semester in college was also when I felt led by God to give my life to serve the local church as a pastor. It was late November of 1989. I literally stepped into my dorm closet and told the Lord that, if he so desired, I would serve him in vocational ministry. I have never looked back. From that point on, I have tried to live my life in a way that maximizes my redemptive potential as a pastor. My heart for the gospel, the church, and the mission of making disciples not only grew during my formative years in college (and subsequently seminary) but continues to grow.

Conversely, any fires for things political began to dim for me. I quit my association with the local political party on campus, and within a year or two, switched my political science major to religion. In my mind’s eye, as a future pastor, my life’s focus would be the Kingdom of God – specifically how it intersects the local church. Frankly, I think of my waning political desires during my college years as a grace. I believe it’s served me well today.

For almost 25 years I’ve shepherded souls who are all across the political spectrum: Republicans, Democrats, and Independents.1 To be candid, my own political ideas have changed over the years. I’m not nearly as ideologically monolithic as I was in my younger days. I think that too has served me well. I believe both Republicans and Democrats love their nation, want to do what is best, and have good ideas (and bad ones) about how to achieve their ends. When a political party is just a party and not a god, it’s amazing how little you care to demonize the other side. It’s probably one reason I don’t feel the need to post on social media every two seconds about how this or that political leader or party is the hero or zero. I think most of that practice is a waste of time for a pastor if not flat-out unwise. I mean, how do you minister to Democrats in your church when you’re so pro-Republican on Twitter? Or how do you serve Republican believers when what you’ve essentially become on Facebook is a mouthpiece for the DNC? Is your need to speak about those things so great that you risk losing sheep over it? Hardly. Remember it’s not your mantle but one given to you by the Lord above. Stop thinking of yourself as prophetic. It’s more likely problematic for your pastoral ministry, that is, if you want different kinds of people in your congregation.2 I know I do. If adherents of only one political party feel at home in my church then I’m doing something wrong as a pastor. I hope both Republicans and Democrats over time in my congregation will experience affirmation and rebuke from the teaching of God’s Word. I know I have.

This brings me to the Honorable Jodey C. Arrington. What do I do when I’m a pastor who also happens to have a brother running for Congress? I’m not saying there is one right way, but here is what I did.3 I told my brother from the start that, as a pastor, I wouldn’t publicly endorse him or anyone else. I think pastors who do that run the risk of sabotaging the ministries God gave them. I told Jodey I am not my own but bound to Christ and the people of CCCC. I am a voice for my congregation and couldn’t muddy the waters speaking on his behalf. Fortunately, Jodey understood and even agreed.4 So I stayed quiet online as far as campaigning went. Even when I felt his opponents were being disingenuous to him.5 However, I did say I would personally support him through prayer, counsel, and encouragement. Which is why, once Jodey won, I gladly joined him in D.C. to both privately and publicly pray for him.

Maybe this isn’t that big of a deal. I’ve heard many a person when listening to my reasonings for distancing myself from my brother’s campaign respond, “Oh Yancey, but it’s your brother. People would understand if you publicly supported his race.” While that might be true for some, it wouldn’t be true for me. So when you see images of me praying in Washington, D.C., for the new US Congressman of Texas District 19, please know I did so not as the proponent of one particular political party but as the family member one particular brother.

Pastoral ministry is too great a gift to exchange for the lesser porridge of politics. 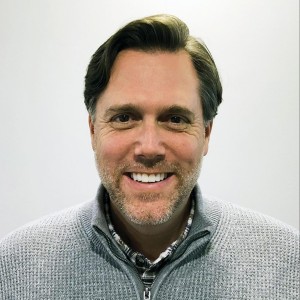 George Floyd, Racism, and Grieving with Those Who Grieve

1 thought on “Thoughts on Ministry and Politics”

Advice to a Timothy

By no stretch do I think I’m over the hill or some big shot in ministry, but I have been able to share and counsel

What The Bible Is Really About

I caught this video post today at The Gospel Coalition (originally created by Heath McPherson) and wanted to share it here as well. This is

I enjoy Latin American culture. It is complicated, unique, fascinating. Latinos are known as warm, vibrant, and gracious people. As a Texan, where Anglos have